About the
Onion Crock

FOUNDER OF THE ONION CROCK

Years ago, my travels frequently took me to Montreal.

I found a basement cafe on lower St. James Street that served a fantastic crock of French Onion Soup. It became a regular stop for me whenever I visited that city. I gave myself a challenge to duplicate that recipe. After a couple years and many failures, I felt that I had accomplished my goal. I told my family that I wanted to open a restaurant. They did not take me seriously. A few months later I came home one day and said that I had signed an eight-year lease on a building. That was June of 1974.

Our first restaurant opened in October of l974. The restaurant, named “The Onion Crock”, was an instant success. Within a year, there were two more restaurants locally. Our menu was six soups/three salads/three sandwiches, no fried foods. Over the next few years, we opened more restaurants and became addicted to twelve to fourteen hour days. We had no personal life. So, as leases expired in the mid-80s, we did not renew. The last restaurant closed in l989. We were undercapitalized and worn out.

Public opinion, however, kept reminding us of how much they missed our soups. Consequently, in February, 1992, we opened our manufacturing facility.

Contact Us to See How We Can Help You!

A Letter from Gene LaCroix III 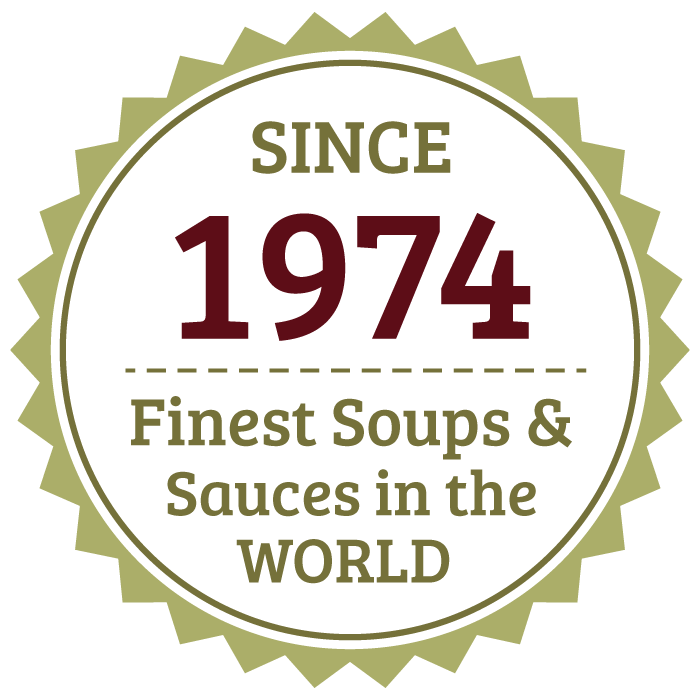 When I was a child I used to go to my grandfather’s restaurant and hang out. Even as a young child I always loved to eat my grandfather’s soups and there was always something to do and learn. We had a very special relationship with one another. After he opened his USDA-approved manufacturing facility during my high school years, I worked at the plant to earn money for college and enjoyed this work. After college, my father in-law, Dave Rodger, gave me an opportunity to carry on the tradition of The Onion Crock being a family-owned company. The business was set up so my grandfather would continue to manage the business. He also worked at training and developing my management skills so that in the future I would be prepared to take over the company.

For 33 years, the LaCroix family has been dedicated to providing our customers with the finest soups/sauces in the world… and it’s been a family affair from the very beginning. I became the President of The Onion Crock in 2004. We currently are working with six different distribution companies throughout the United States. Food Service is our core business. We market a full line of soup and sauces and other food products to the end user: restaurants, hotels, and institutional food service operations. As the company looks to the future, our commitment to product excellence, superb service and quality employees remains. Plans for growth continue as we seek marketing and partnership opportunities. This is our business today. There is no end in sight. A number of businessmen, including my father, frequently give The Onion Crock Soups as gifts to business clients. It’s a vote of confidence when people view your product as something they invest their reputation in – in terms of giving gifts to other people – and this pervades our manufacturing process. We maintain testing frequency and standards demanded by the United States Department of Agriculture. We are proud of our heritage at The Onion Crock.